Living with his friend, Madilyn Gage, Laurens has almost made things normal as they could be away from his family.

His mom came back to the United States one month after he returned home and Laurens is fighting the battle to trust her. Will he return to his original home or stay safe at the new home he created?

Madilyn’s mom, Milene Gage, supported Laurens while still being respectful,  knowing that even though his mom did not support him, that she was still his mother. 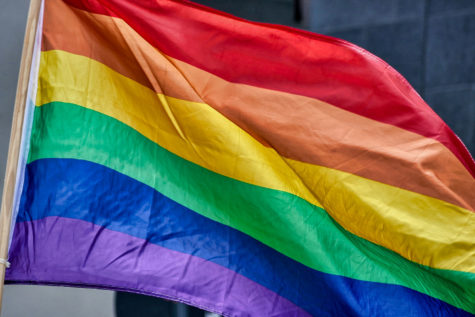 Photo illustration
Four out of 10 LGBTQ+ teens say that the community they live in is not accepting of LGBTQ+ people. There are 37% of Latino youth that report their family does not accept them, while 53% of that same group are out to their immediate family. Additionally, 53% of negative messages about sexuality come from the Latino youth’s family members. Laurens thinks about how his life would be different if he would have waited to tell his mom or not told her at all. (source: hrc.org)

“If someone isn’t something, they are something else. You are either gay, lesbian, a drug addict or an alcoholic,” Milene said, showing her support for Laurens without saying the actual words.

Milene was just as unsure as anyone else if Perla could be trusted, as she stood in her pajamas ready for bed. Madilyn added to the discussion by passionately saying that Laurens shouldn’t go back home. Everyone close seemed to be worried about Laurens’ future.

“The reasons I think about going back are my college classes that need to be paid for before the end of the semester and my sisters. I feel like they don’t know who I am anymore and that hurts me so much,” Laurens said.

His eyes showed uncertainty about making the right decision. Is he going to be wrong to trust his mom again. Will she accept him?

The air is still cold and the trailer house is still the same faded yellow. Laurens steps out of the red Chevy, this time not with a question, but with a suitcase containing all his clothes, both dirty and clean. He knew that if he didn’t try to fix his family and trust his mom again, then he would never forgive himself.

The truck pulls away and leaves the bisexual boy in front of his future.

This time, will he have to run?

*Names have been changed