With polls now open for early presidential election. Many students are first time voters. Crusader News offers this voters guide to help navigate the issues each candidate represents. Official Election day is on Nov. 3. Polls are open from 7 a.m. to 7 p.m. 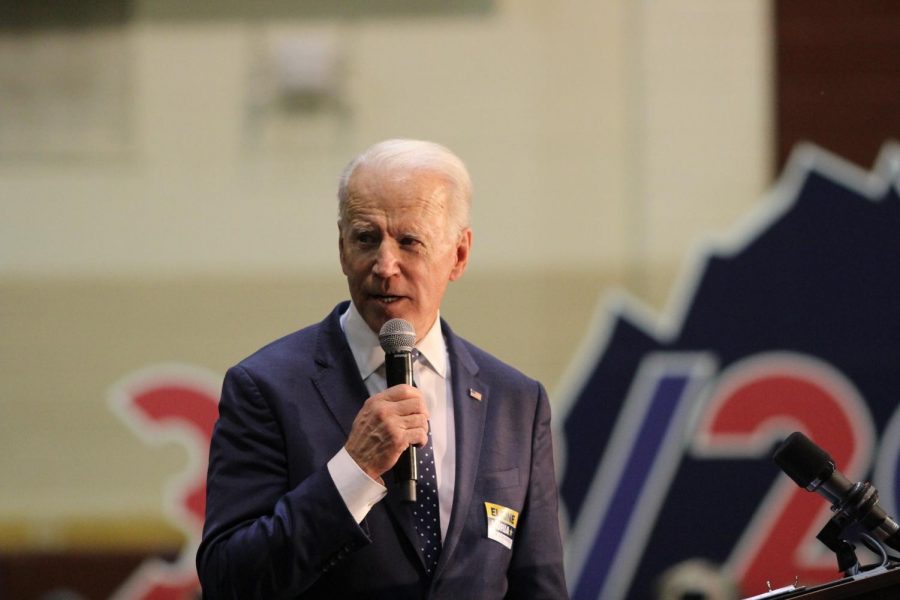 Joe Biden is the Democratic candidate for President. His running mate is Kamala Harris.

Joe Biden, 77, is the democratic candidate for president. He enters the race as the 47th vice president of the United States. He has also served six terms as a senator from Delaware. He was born in Scranton, Pennsylvania and currently resides in Wilmington, Delaware. His running mate is Kamala Harris.

Joe Biden plans to rebuild the backbone of the United States by making college affordable for every college student who lives in a household that makes less $120,000 a year. Meaning free college tuition for people in struggling homes and minorities.

Joe Biden’s stance on climate change is to use a government-approach that relies heavily on science and data. He also plans on spending 2-trillion on technology that would help reduce CO2 emissions in the foreseeable future.

Joe Biden plans on creating a buy-back program for assault weapons, and plans on limiting the number of guns citizens can own and buy in a month. He also wants to prohibit citizens from buying guns, parts, and ammunition from online sources.

Joe Biden plans on providing women, especially women of color, more opportunities in our nation. He plans on doing this by investing in small companies owned by women and also by providing equal pay to women who are more likely to make disproportionately less than their male counterparts. He also wants to expand healthcare benefits for women, especially single mothers.

Biden vows to protect abortion rights and make Roe v. Wade “the law of the land,” if he gets elected to be president and make abortion more accessible to everyone

Joe believes in affordable healthcare for everyone and he will give Americans the option of having Obamacare or medicare. He will stand up against big drug corporations to fight the abuse of power. Biden will also donate more money to help find cures for diseases like cancer

Biden is for immigration and he plans to pursue policies that safeguard our security and enhance our economy by undoing Trump’s damage to the immigration standards. Biden also plans to reclaim America’s values, making a commitment to the asylum seekers and refugees who need shelter.

Biden plans to push legislation that forces schools to improve their reporting systems and practices including an anonymous reporting policy and amnesty policies for survivors. 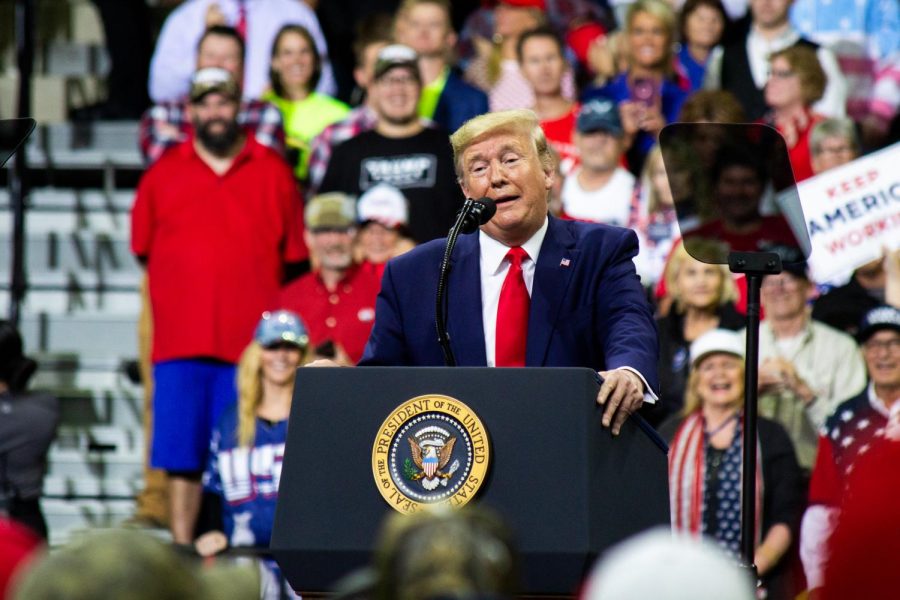 Donald Trump is the republican candidate for President. His running mate is Mike Pence.

Donald Trump,74, is the republican candidate for the presidential election. He was born in New York City and currently resides  in Washington D.C. He is currently the 45th president of the United States and his running mate is Mike Pence

The Trump administration plans to cut back payment plans on loans to two options, to lessen confusion, and limit the amount of loan money students and parents can receive for higher education so they can’t borrow money they can’t afford.

Trump has called himself the least racist person. However, He has put a travel ban on all muslim “terror-prone countries” and has dipicted migrant caravan as an “invasion.”

The president, who has called climate change a hoax made up by the Chinese, has promised to remove the U.S. from the 2015 Paris Agreement. President Trump signed an Executive Order to expand offshore oil and gas drilling and open more leases to develop offshore drilling.

Trump takes a stance as a defender of the Second Amendment.

The Trump administration has worked globally to promote women in roles of leadership and to enhance policies for women participation in decision making, protect against gender-based violence, and counter violent extremists.

Trump has likened “Medicare for All” to socialism. His main health care effort has been to repeal and replace Obamacare.

As a presidential candidate, Trump embraced the anti-abortion camp. In 2018, he became the first sitting president to directly address the annual Right to Life March in Washington, D.C.

Trump’s administration has prioritized restrictions on both legal and illegal immigration. He has spent a significant portion of his presidency attempting to build a wall on the southern border with Mexico. Amid the coronavirus pandemic, Trump has attempted to severely limit immigration into the U.S., and he most recently suspended some employment-based visas through the end of the year.