I picked “The Black Phone” because I like how there is so much darkness in the movie. Something that the movie tried to scare them with when it popped up. An overview of the story’s context is that Finney Blake makes it out alive, and his sister Gwen helps keep her brother alive. Since the kids went missing, the police showed up to question Gwen about why she had a bad dream. She saw something in her dream that seemed to be the man’s home.

The black phone is what the children that are ghosts who are dead in the basement are calling. They tried to help them leave the house when the phone rang, but it seemed very difficult to do so.

I think the movie’s middle section is great because it explains the idea that people’s emotions have frightening souls. The worst things are old movies where The Grabber shows his house and balloons next to the dead tree in front of the house. I hope they make another two. The characters were played by good actors.

I watched “The Black Phone” with my cousins during the summer at night while I was on vacation in LA. We had grabbed blankets and snacks with us. The scariest moment for me is when the children as ghosts come. There was a big BOOM sound, and I experienced a heart attack. I rated this movie 4 out of 5, and it is very good. I thought the mask-wearing man was extremely scary. 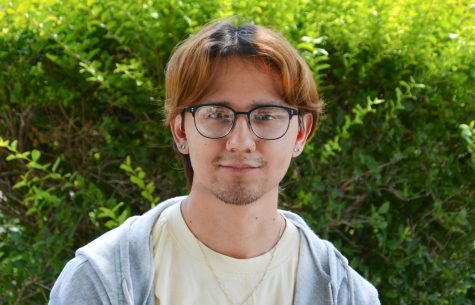 Roque Reveles-Montelongo is a sophomore majoring in photography. He was born in Liberal and is 21 years old. The song "Silver...