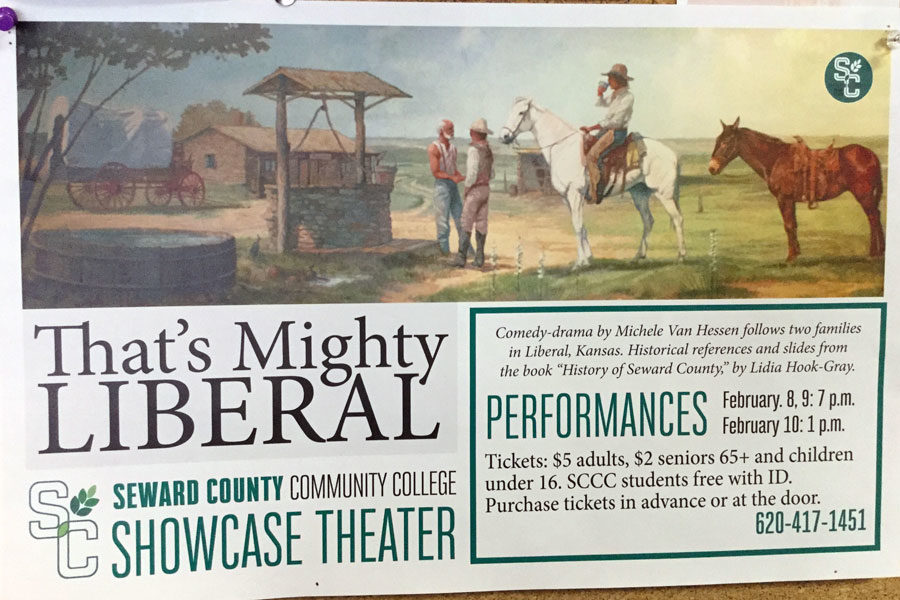 The history of Liberal was put on display throughout the weekend with an original play, co-written by SCCC theatre director Michele Van Hessen and CJ Barton Carmichael. That’s Mighty Liberal was performed in the SCCC Showcase Theatre on Feb. 8-9 at 7 p.m. and Feb. 10 at 1 p.m.

The one-act play based on Lidia Hook Gray’s book, Liberal and Seward County showed the history of Liberal and even how it achieved its name through photographs.

The play shows two different families; the Luxembourg’s and the Rodger’s, whose children were in a relationship together. Both families were very passionate about the history of Liberal and how a lot of people’s relatives made big contributions to the town.

Throughout the play, the cast introduced different piece of history about Liberal. While talking about it, the cast showed passion about the history of Seward County. In one scene of the play, two characters in the play, Sarah Luxembourg and John Rodgers, played by Madelyn Sander and Spencer Sackett, talk about an old pioneer house and the impacts the man living in it made on the area.

Another one of the many pieces of history shared throughout That’s Mighty Liberal, tells the story of how Liberal earned its name. S.S. Rogers, a man living in the area that is now known as Liberal, dug a 90-foot deep well by hand to supply water for his homestead. When travelers heard this, they would make their way to the home for a drink.

After relieving their thirst, travelers would ask Rogers how much they owed him for a drink. “Nothing,” Rogers would say, and the travelers would reply, “That’s mighty liberal of you!” This seemed to have stuck with all travelers coming through and pretty soon, the area adapted the name “Liberal.”

Van Hessen’s play gave a lot of information about history of Liberal, but I struggled to keep up. The members of the cast were incorporating little bits of historical information into their “casual” conversation. I felt like the play needed to be longer so the cast could focus more on each historical fact for a little longer to keep the audience caught up.

The amount of information given during the play was too much for me to understand and process. If each fact was given a back story of how things happened and what importance each event had on the county, I would have been more intrigued and the play would have been easier to keep up with.

On the Crusader ranking scale, That’s Mighty Liberal receives a 2 out of 5. The play gave good historical background about the town of Liberal and how it came about, but the information needed to be presented in more time than the 45 minute window provided in order for the audience to fully understand the importance of the facts given.

Fall in love with seasonal decor 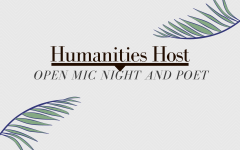 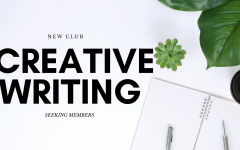 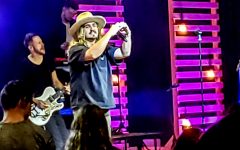 Campus Messengers attend See You at the Pole event 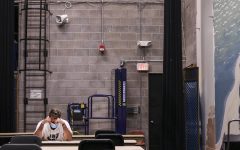 The day of a college student during COVID

Fall in love with seasonal decor