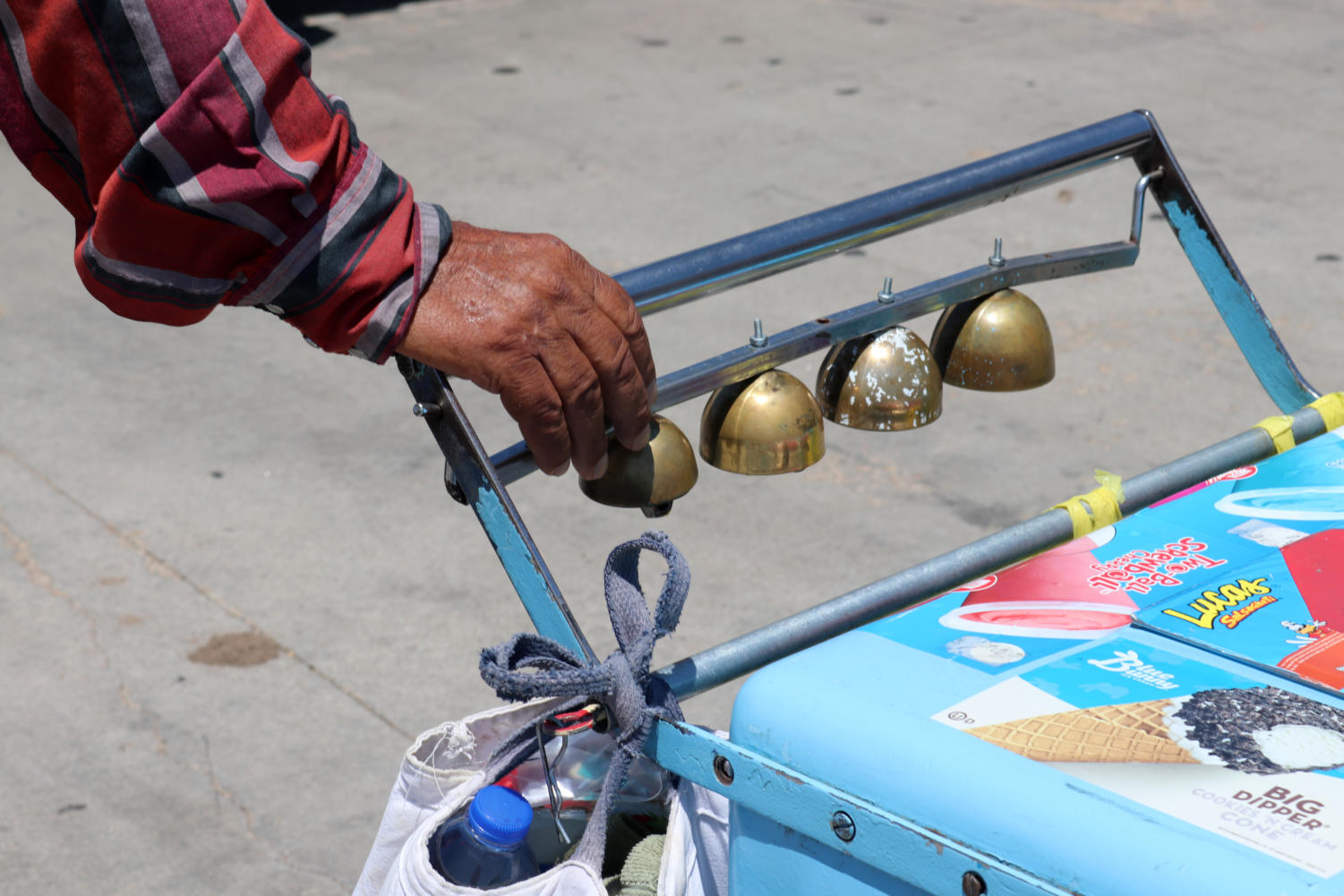 A paletero’s hands are never far from the bells that call out to customers. Liberal has a long tradition with selling Mexican ice cream from a push cart, just like in Mexico. (Amberley Taylor)

A paletero’s hands are never far from the bells that call out to customers. Liberal has a long tradition with selling Mexican ice cream from a push cart, just like in Mexico.

They stop at parks, walk residential streets and business districts. Their presence is announced with a quick jingle of bells dangling from the cart’s handlebar. It doesn’t take much for veteran paletero, Francisco Solis, to get kids of all ages to run out to see what is in his cart.

On this summer day, Solis stops at a local tire shop and the jingling bells work like magic — three smiling kids run at full speed to greet the old paletero.

“What can I get you?” Solis says, smiling back at the kids’ excitement.

A young boy licks his lips and points to a picture of a lime-flavored bar pasted on the cart. “That one!” He claps his hands, excitedly grabs the popsicle and then dashes inside, leaving his father with the bill.

The father smiles, remembering a time when he was the kid dashing off with the cold, sweet treat, leaving his own father behind to pay. Solis smiles at the father, remembering all of the times he bought this summer tradition for his own daughters back in Mexico.

Paleteros selling paleta — Mexican ice cream and sherbet bars — have been a staple in Liberal for years but their journey began across the border in the small town of Tucambo, Mexico. The 1940s was a time of economic prosperity in Mexico and because of this, ice cream bars made with fresh milk and fresh fruit found their way into the Mexico City market. The ice pops eventually migrated to the United States.

It’s no surprise that these sweet treats landed in Southwest Kansas. The 2010 census lists four towns — Liberal, Dodge City, Ulysses and Garden City — as having the largest Hispanic populations in the state of Kansas. Liberal is a “majority-minority” town, meaning that more than 60 percent of the population is Hispanic. This influence is evident in everything … right down to the selling of paleta.

Catalina Hernandez and her husband, Apolinar, opened the “Polar Paleteria” four years ago on the south side of Liberal. The small paleta shop sits among a strip of old stores that have seen better days. It’s easy to spot with the bright blue paint. Walk inside and you enter an ice cream world: The bells chime with the slightest push of the door. Images of frozen treats are plastered everywhere. Freezers are squeezed along the walls, surrounding the small desk in the middle of the shop.

The storefront is mainly a place to store the frozen treats. The majority of the selling is done by the paletero. Maria began with 15 paleteros, but now, only three remain. She explains that paleteros have come and gone due to the physical endurance that the job requires — long gruesome days of walking 15 miles in 90+ degree heat. Solis is one of the three paleteros who remain. He may be retired but he strives to stay busy and work.

As the 94-degree heat (and rising) takes its toll, Solis heads for the shade of a tree and leans against the cart. The 10-minute break leaves much to be desired but that doesn’t seem to slow down this paletero. The retiree takes off walking again, all the while telling stories of his life in Mexico as a policeman to anyone who will listen. He proudly states that he “never took a bribe. Not once!”

The stories are interrupted only by the demands of excited kids trying to choose what ice cream they want. He waits patiently for the little ones to decide, offering an opinion every now and then.

The route Solis chose for today goes past a popular food truck. He stops, jingles the iconic bells and waits.

A young man greets him warmly and says, “Nice to see you, let me get some money.”

As Solis waits for the man’s return, he says, “These are good people. They always offer me food and drinks.”

The chef steps out of the truck and spends the next five minutes catching up with Solis and sharing stories. The young man returns and buys a stack of ice cream bars. Before the old paletero can leave, the young man hands him water, a soft drink and a $5 tip.

He thanks him, waves goodbye and his fingers immediately return to the bells. He makes his way toward a water park in the center of town. An hour of walking passes and no customers are in sight, so Solis pushes the cart onto a residential street with a goal in mind. He is going to a regular customer’s house, hoping to make a sale.

When he reaches the house, he jingles the bells and waits for a response.

“I come here everyday and they always buy two or three ice cream bars,” he explains. “Last time, I was here they had no money but his girls were begging for an ice cream bar, so I said I would come back for the money another day.”

He parks his cart under the shade and waits. When no one comes to greet him he grabs his cart, smiles and says, “Well, I guess they’re not home, maybe I’ll catch them tomorrow.”

His positive attitude never seems to waiver. Solis continues on his route for another hour with no sell. He makes his way back to the ice cream shop and pushes through the shop doors.

He takes the remaining ice cream bars out of the cart. As he counts what was leftover he tallies it up on a piece of paper. He sold 67 bars.

The amount wasn’t what he hoped but he’s grateful that the lack of variety didn’t stop customers from buying or from visiting. After all, being a paletero is as much about the relationships as it is about the paleta.

Solis pushes the cart into a corner and takes a deep breath before falling into a chair. He looks around, nods and says to no one in particular, “Today was a good day!”

Editor’s Note: This story was also published on Humanities Kansas as part of a partnership between HK and Crusader. 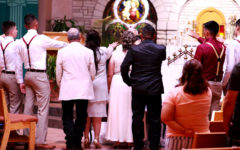 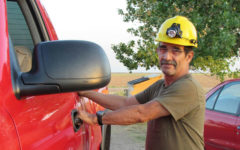 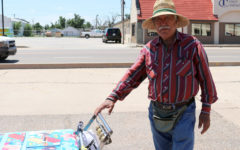 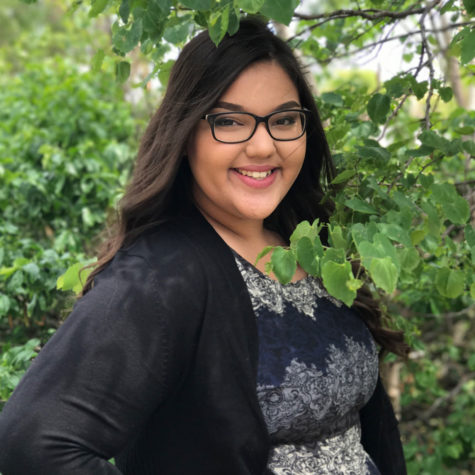 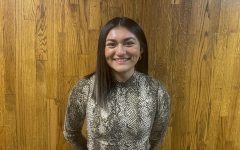