Saints on the Street: Students voice opinions about abortion

A new law passed in Texas has caused many headlines on the news throughout the states and debates between friends and family. Crusader News went to the streets to see what the students of Seward County Community College think about the state’s new “Heart Bill.”

Students were asked for their opinion on whether they think the bill violates women’s rights and if Kansas would ever pass a bill like such.

“
Yes, and no. I don’t believe in abortion, but we all have our own opinions. A human is a human, and we shouldn’t kill someone. People need to be more responsible. People should use protection or be on birth control to prevent those things if they don’t want kids instead of killing a baby because they didn’t want them.

Maybe in the future, yes. [Kansas would pass a bill] I would be for it because I don’t agree with abortion. I think people should think before they actually do something, and there are better options out there like adoption.”

“Yes, because personally, it’s a women’s choice. I believe in body autonomy. A dead person gets to decide what they want to do with their organs. If they want to donate organs which is essentially what women do. They allow fetuses to be in them so they donate an organ so they can live. I think it’s the same as if you want to give away a lung then you can or your heart when you’re dead, but no one should force you to.

Probably. I would be against it because of women’s rights.”

“Yes, I do think it violates because I think they should be in control of what they want to do with their bodies, and when they feel they’re ready for a baby. If they want to carry one for nine months. So I feel [this law] is not fair to them.

I’m not sure because I don’t know what’s going on in Kansas, but I would be against it because women should be in control of whether they want to have the kid or not.”

“I’m in the middle I guess. I’m still trying to decide how to feel about it. It’s a woman’s choice ultimately in the end, but I really believe a baby is considered a baby at conception. However, it makes people feel, it is still a living, human being. I do believe the embryo has a heartbeat at six weeks.

I’m not sure. I guess I’d be for it because it’s giving women a chance to not kill as many babies. I know abortions have killed tons of babies. This gives women the option to put the baby up for adoption. If they don’t want the baby, there will be a loving family who will.”

“I feel in a way it does because not everybody chooses that path for them, and sometimes it happens without them intending to get pregnant. Taking away their right to do something that wasn’t in their plan would be wrong.

I feel like we would. That it would be a cycle throughout the states. I would be both for and against because on either side it is a life.”

“I believe it does violate women’s rights because not every pregnancy is intentional. There are rape cases. A woman should get to choose if they want their child that they have to carry for nine months. If it reminds them of their trauma, then I believe they should have a choice to get rid of that child and not be reminded of their trauma.

If Texas passed the law, then any state would so I believe Kansas can. I would be against it. Women should have a choice in what they want for their body because pregnancy really affects a woman’s body.”

View Comments (1)
About the Contributor 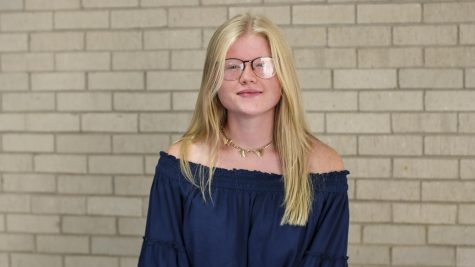 Megan Berg is a freshman at SCCC majoring in business. She is 18 years old and a native of Southwest Kansas. She was born... 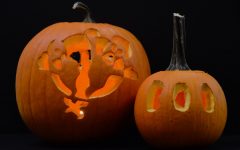 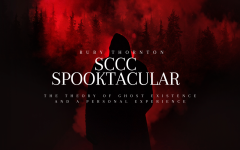 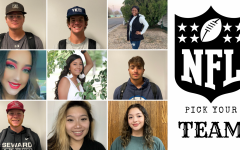 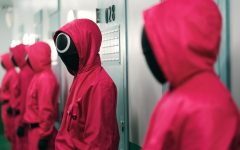 Squid Game: Are you watching? 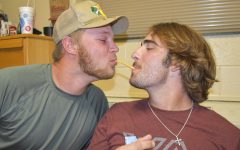 Can someone mess up french fries? 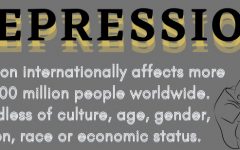 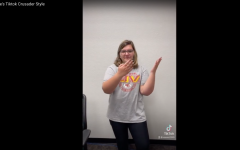 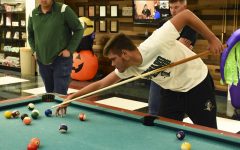 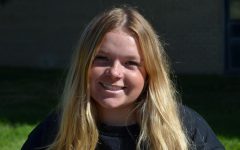 Comments are Closed.
Thanks for leaving a comment. Remember to keep it clean. Anonymous comments will not be posted.
All Crusader News Picks Reader Picks Sort: Newest